At a sprawling farmhouse in rural Missouri, Ken, a legless Vietnam veteran, and his lover, Jed, welcome a disparate group of colorful old friends and family who came of age in the sixties and separated as the decade drew to a close. As they reminisce, revealing lost dreams and buried resentments, they expose the shattered hopes of their college days at Berkeley and the unhealed trauma of the Vietnam War. At once poignant and marvellously funny, 5th of July is a compassionate portrait of a generation trying to transcend the disillusionment of the seventies, learn what can be salvaged from the past, and find the courage to begin anew. Sharp and funny and, in the final essence, deeply revealing of lost hopes and dreams and of the bitterness that must be fought back if one is to perceive the good that life can offer.

Chris is originally from Dayton, Ohio, and this production marks his return to the Seattle theatre community after a four-year hiatus. He has worked with companies across the nation, on both sides of the table, and is the founding Artistic Director of Free Shakespeare!, an organization devoted to liberating the Bard from the tyranny of uninspired English teachers and professors everywhere. Chris is very excited and honored to be a part of Theatre22’s inaugural show and to have such insightful collaborators for the journey. In his civilian life, Chris freelances as a teaching artist conducting classroom residencies, workshops, and professional development sessions. He is an ordained minister and independent Reiki and sound healing practitioner. Chris would like to dedicate this performance to his late father, Richard, whose birthday was July 5. Meg McLynn is an actor, singer and teaching artist who has traveled to all 50 states and performed in many of them (including Missouri, but not Lebanon). New York and regional credits include Classic Stage Company, HERE Arts Center, The Ohio, The Mint, Theatre for a New City, The Complex LA, Huntington Theatre Company, and Idaho Shakespeare Company. Locally, Meg has performed with Wooden O, Book-It Repertory Theatre, ArtsWest, Seattle Opera, On the Boards, Centerstage!, New City Theatre, Live Girls! Theater, Living Voices, Tacoma Actor’s Guild, EXITheatre, Consolidated Works, Theater Schmeater, Theatre Off Jackson and The Bathhouse. Her tribute concert, Purple Phoenix Production’s Foolin’ Around with Patsy Cline, performs in venues throughout the Northwest. Meg is a core faculty member with Freehold Theatre Lab and a vocal coach with Jack Straw Studios. BFA: Emerson College. MFA: Columbia University. Big thanks to cast and crew, big love to Bunny! Tom is an actor, writer and playwright who is very excited to be a part of Lanford Wilson’s 5th of July with Theate22. Recent roles include Jack Mann in the Beebo Brinker Chronicles and Clive/Kathy in Cloud Nine. His latest play, The Hero Business, recently had its first public reading. Tom is proud to have two books coming out next year, “Robert E. Howard and the Battle for Conan” and “Fabulous Fictioneers: A History of the Incredible”. His current project is a show about the final campaign of Bobby Kennedy. Tom is a graduate of Cornish College of the Arts. Megan is delighted to be a part of Theatre22’s inaugural production. Around Seattle, she has acted in productions at LiveGirls! Theater, Balagan Theatre, the Paradise Theatre School, Annex Theatre, Theater Schmeater, and Pony World Theatre. Megan is a member of the Sandbox Artists Collective and is the Operations Director for The 14/48 Projects (which produces 14/48: The World’s Quickest Theater Festival) and Theater Anonymous. You can see her next in Buckshot with Macha Monkey Productions, opening November 8th. Megan would like to thank Corey, Alber, and Julie for this opportunity and YOU for coming to support art and theatre. Finally, thanks to Shawn for jumping with me every time.

Mary Machala is one of the founding members of Book-It Repertory Theatre, where she acted and directed for many years and is best known for her adaptations and direction of Lady Chatterly’s Lover and A Confederacy of Dunces. A former AEA/AFTRA member, she has acted at Seattle Repertory Theatre, Seattle Children’s Theatre, ACT, Seattle Group Theatre, New City Theater, ArtsWest and Seattle Shakespeare Company. She toured with Dudley Riggs’ Brave New Workshop in Minneapolis, MN, and was the Artistic Director of the socio/political improv group Off the Wall Players. She has also worked at regional theatres in Idaho, Utah and Oregon, taught improvisation and theatre arts and toured as Elizabeth I. Favorite roles include Fauna Flood inSweet Thursday, the Nurse in Romeo and Juliet and Eugenia in Breaking the Silence. She lives in Seattle with her son, Forest, and is a Master Gardener. Congrats to Corey, Alber et al for realizing their dream! Zach is honored and elated to be part of this inaugural production for Theatre22! Having spent most of his acting career performing Shakespeare, he is excited to be dipping his toes into something more contemporary. Recent roles include Tubal/Servant in Merchant of Venice (quiet Productions), Renfield in Dracula (Bathhouse Ensemble), and Kevin inSuperior Donuts (Seattle Public Theatre). Zach is also a playwright, with his first play, Going Dark, having premiered in June with the Bathhouse Ensemble. Much thanks to all his friends and family for their unending love and support. Rachel is thrilled to be part of Theatre22’s Inaugural season in 5th of July! Her latest projects include a web series with Hostile Work Environment, and a short film in the 100 Hour Film Festival and Competition and Esther’s Follies, a satirical comedy theatre in Austin, TX. Rachel also teaches fitness classes locally and is studying to be a personal trainer. 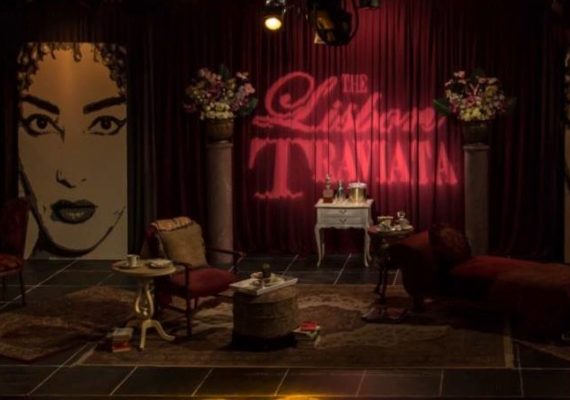 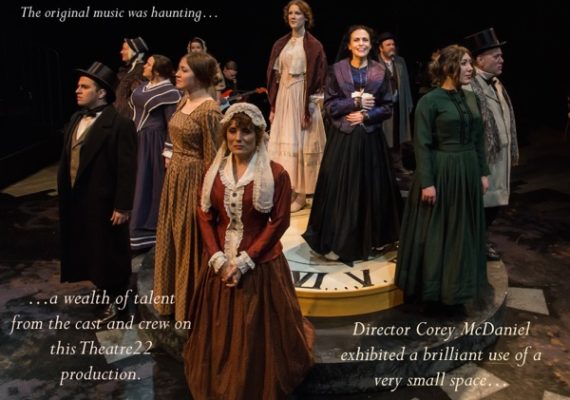