Our Mission and vision:

Theatre22 is committed to producing exceptional live theatre that engages a diverse community of artists and audiences, inspires new ways of interpreting the world around us, and celebrates hope and healing.

We strive to serve our culturally diverse area as a meeting ground for the enrichment and growth of our community through the expression of thought provoking and belief challenging works.

We are here to serve as a home to artistic and technical visionaries to explore, contribute and expand for the betterment of their crafts and the enrichment of our society. 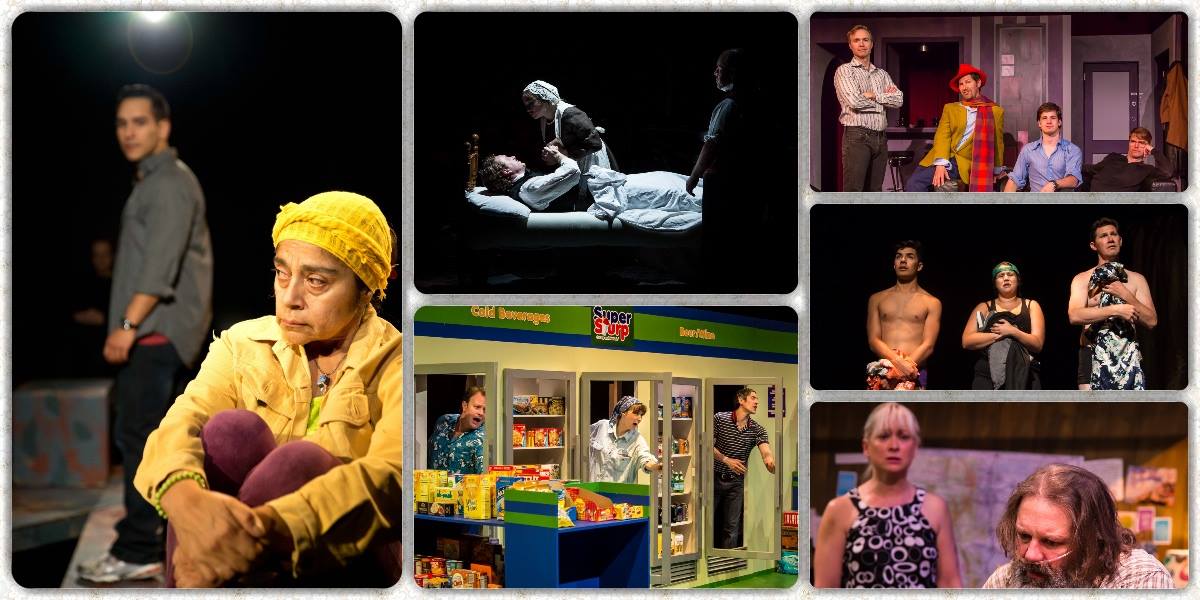 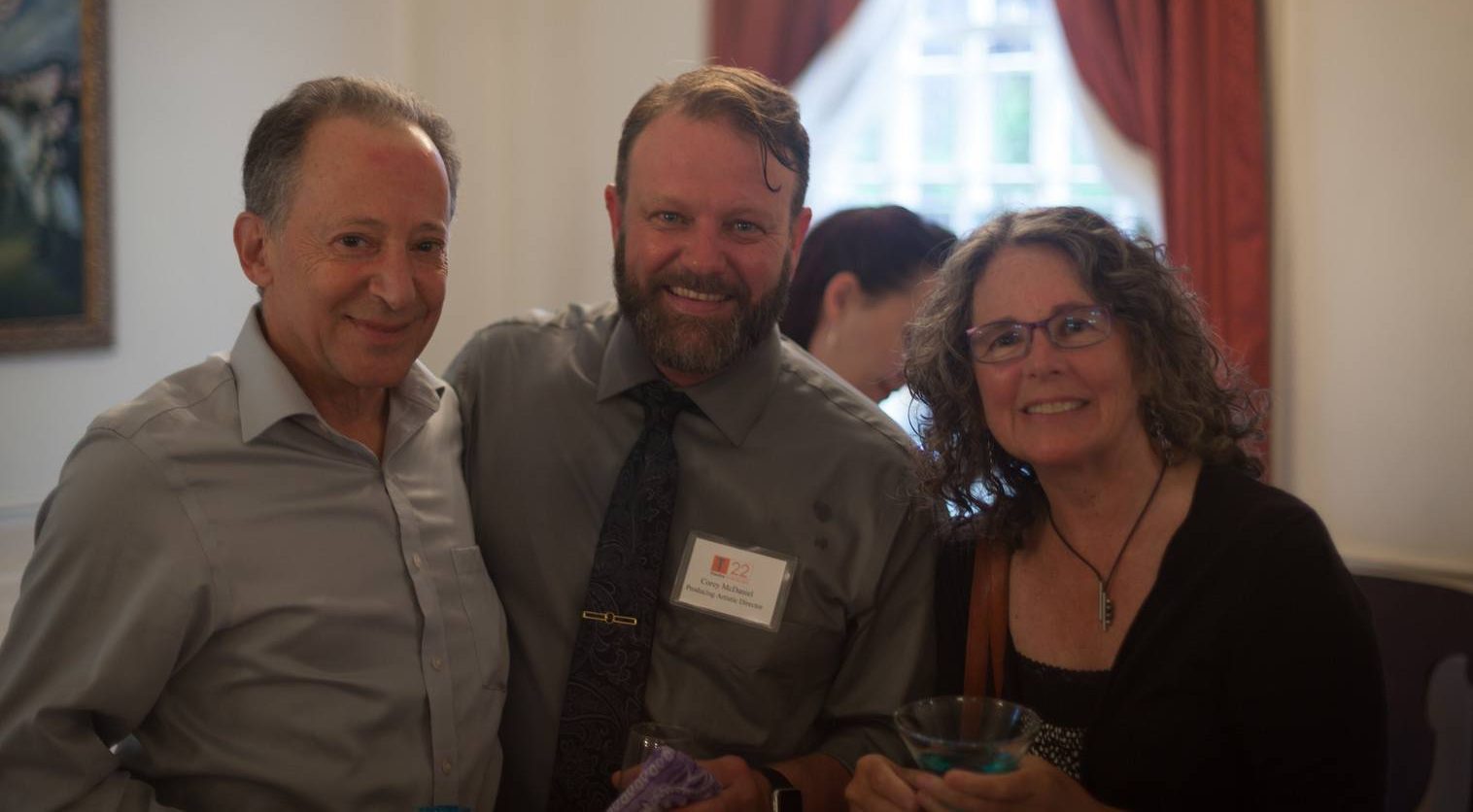 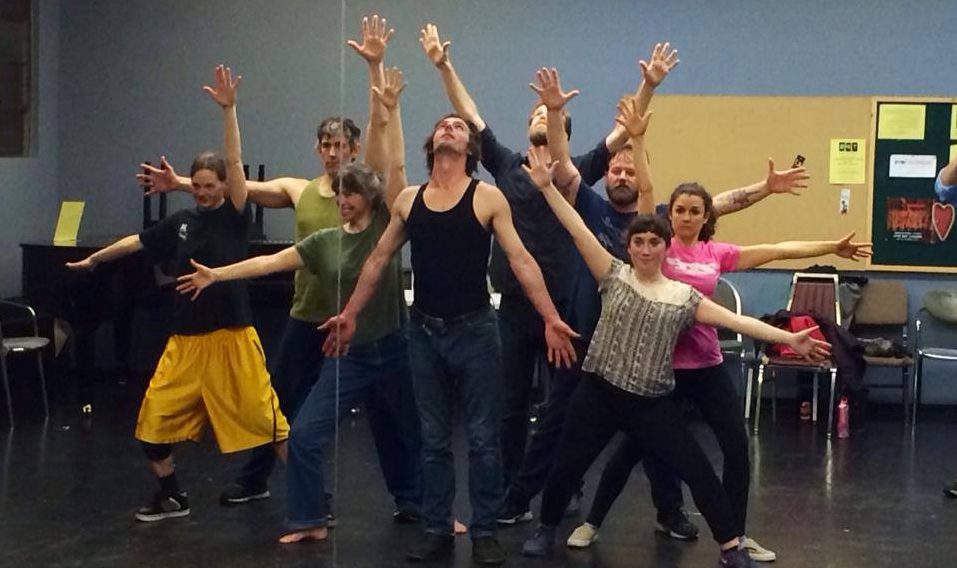 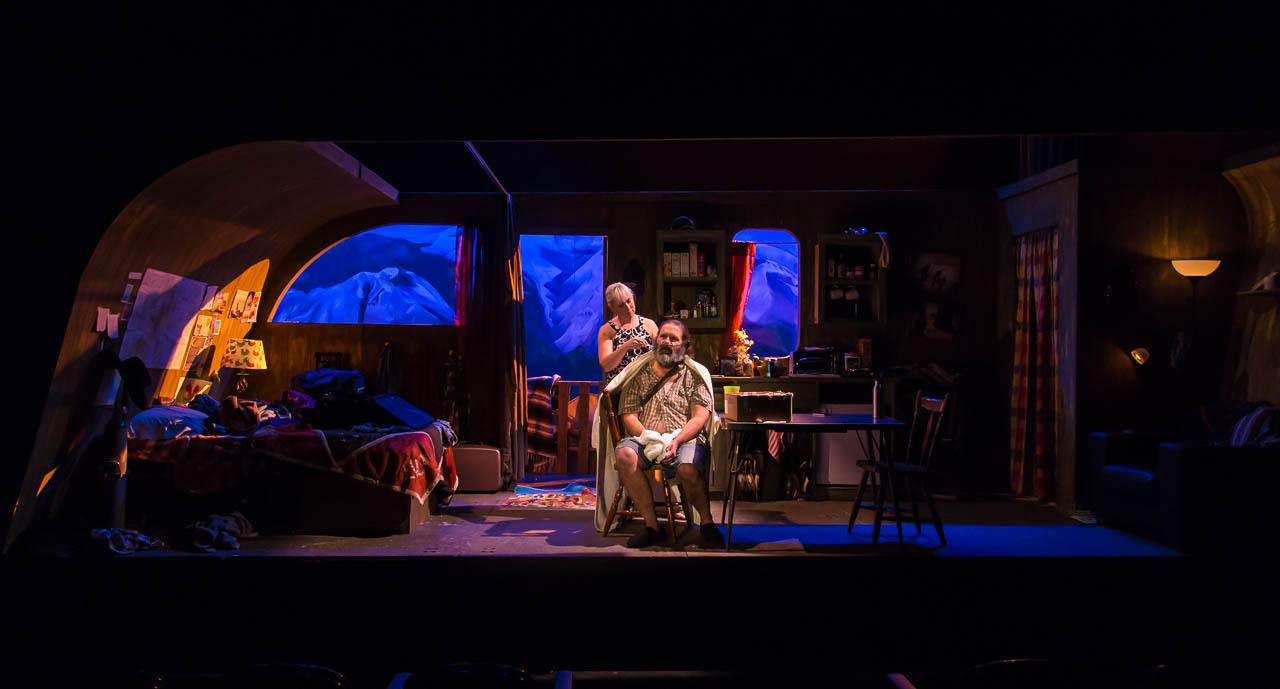 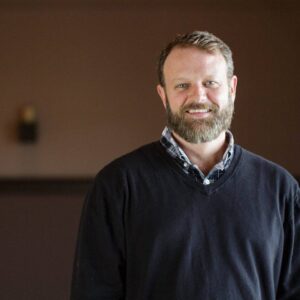 Corey is an award-winning director, actor, and teaching artist. Originally from Texas, his career began as a dancer with the Lone Star Ballet. As an actor, he has worked throughout the US and internationally with credits ranging from stage to television to the big screen. His performance experiences have placed him in such reputable arenas as the Fox Theatres, the Hollywood Bowl, Theatro Sistina in Rome, and the Metropolitan Opera House of NYC. As a director, Corey has staged a wide variety of productions throughout Southern California, Japan, and the Puget Sound Region. His most recent director credits include The Merry Wives of Windsor with WoodenO / Seattle Shakespeare Company, Treasure Island with Book-It Repertory Theatre, Sister Act the Musical, Bonnie and Clyde, and Naomi Izuka’s Good Kids at Cornish College of the Arts, Burn This, The Pride, Wizzer Pizzer, and The Hours of Life for Theatre22, Julius Caesar with Island Shakespeare Festival, The Wild Party for Sound Theatre Company and Fallen Angels at Theater Schmeater. While working as a touring dancer for pre-Broadway Disney Theatricals and Buena Vista, he doubled as an on-set acting coach for teens and young adults in Hollywood. He was a director and assistant choreographer for Children’s Theatre Experience (CTE) for seven years, working with young performers throughout Southern California. Corey aided in the creation of the professional actor training programs at The Actors Spot and Warner Laughlin Studios, where he continued on as a staff instructor. Corey has spent numerous years overseas performing and sharing American arts educational programs with foreign countries. He has directed, performed, and taught in Chihuahua & Mexico City, Mexico, Toronto, Canada, Rome, Italy, Tokyo, Osaka, Kyoto and Nagoya, Japan, and Sao Paulo, Brazil. Since moving to Seattle, Corey has also worked with several local companies in PR, development, and marketing. He spent two and half years as the education director for GreenStage prior to stepping into the role of interim Artistic Director at SSR in September of 2011. He is also a co-founder and past  Chair of the TPS Gregory Awards. 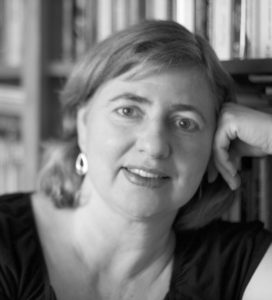 A freelance director, adapter and educator, Julie is happy to call Theatre22 her artistic home.  With Theatre22, she directed Lauren Gunderson’s The Revolutionists, the premiere of Theresa Rebeck’s Downstairs (People’s Choice Award), four readings for the Theatre22/ACT Construction Zone play festival, Annapurna (People’s Choice Award) as well as Theatre22’s inaugural production Fifth of July.  Also with Theatre22, she directed the critically acclaimed Seattle premieres of Quiara Alegria Hudes’ trilogy: The Happiest Song Plays Last, Water by the Spoonful (Gregory Award, Seattle Times Footlight Award, 3 Gypsy Rose Lee Awards) and readings of Elliot, a Soldier’s Fugue in both English and Spanish.  Other directing work include the world premiere of Rose Cano’s Bernie’s Apt. with eSe Teatro at ACT, Trevorwith MAP Theatre, 26 Miles for Latino Theatre Projects, 4 Dogs and a Bone for Theater Schmeater (Footlight Award), A Small Fire with Sound Theatre Company (4 Gypsy Rose Lee Awards) and Angels Fall with Our American Theatre Co.  Directing work with Strawberry Theatre Workshop includes The Bells (three Seattle Times Footlight Awards), The Elephant Man (four Gregory nominations), and Fellow Passengers.  She adapted and directed Edith Wharton’s The Bunner Sisters with Theatre Off Jackson and Athena Theatre Project as well as Jane Eyre, Hard Times, and Waxwings with Book-It Repertory Theatre.  She co-created and directed the social justice musical Grace on the Margins for the Northwest Women’s Convocation.  Also in Seattle, she has directed for 14/48 the World’s Quickest Theatre Festival, SOAPfest, Stone Soup Theatre, the Young Playwrights Festival at ACT and Seattle Public Theatre. Her work has also been seen in Chicago, Washington, D.C, Cincinnati, Atlanta, St. Louis, Whidbey Island, and Winnipeg.  She has taught and directed in a dozen different schools and universities (including Cornish College and University of Washington) and has an MFA in directing from Northwestern University. 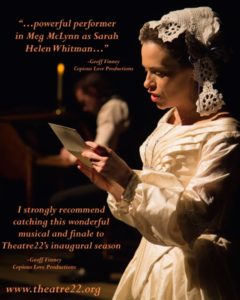 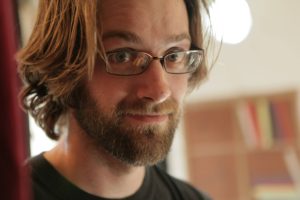 An alum of Mesa State College in Grand Junction CO, Ahren hails from the wide state of Wyoming. He has been designing sets, lights, and projections for various companies around Seattle for the last eight years. Previous shows include Bernie’s Apartment, The Other Place, Annapurna, Ernest Shackleton Love Me, Wizzer Pizzer, Dogfight, Urinetown, Jerry Springer: The Opera, Les Miserables, and August: Osage County. He also dips his toes into the local film scene both behind and in front of the camera, appearing in ZOE’s, JourneyQuest 2, The Gamers: Hands of Fate, Scotto Moore’s The Coffee Table, and co-creating the web-series &@.  Ribbet! 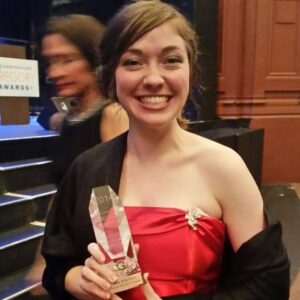 Katie is an alum of Stephens College and has been in Seattle since 2011. Over the years worked with theatres all over town including: Lucia Neare’s Theatrical Wonders, Sound Theatre Company, Book-It Repertory Theatre, Annex Theatre and The Satori Group. Over the years with Theatre22, Katie has worked as a production manager, stage manager, director, and actor. She is most proud of her Second Stage pieces by Scotto Moore that she directed: Can’t Talk Right Now and Sings the Hits. Katie now travels the world encouraging elementary kids in a positive behavior yo-yo assembly. 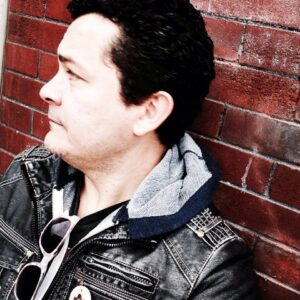 Alber began his twenty-five-year love affair with theatre in his native country of Brazil. As an early teen, he would sneak off alone and attend productions of touring Broadway shows, Shakespeare, and local theatre and dance companies. A self-proclaimed “behind the scenes” theatre artist, Alber has also worked in stage management and theatre education. In support of his position as Casting Director for Theatre22, Alber attends over one hundred shows per season and never tires of our region’s talent and creative influence. He is dog owner, an avid animal lover, and also a human rights supporter.

Jennifer Ewing (Scenic Artist / Assoc. Producer) is an actor, freelance artist, and scenic artist. This season she created the original paintings for the poster art of The Celestial Omnibus and Alice in Wonderland. She first joined the Theatre22 family in the art department in 2014, painting the portraits of Maria Callas for The Lisbon Traviata. She painted the 8‘x32’ mountain landscape mural for Annapurna, and was a painter on The Happiest Song Plays Last. In 2017 she was appointed to the position of Resident Scenic Artist. Jennifer also works regularly with Seattle Public Theatre (Admissions, Christmastown, Indy Jones and the Raiders of the Last Temple of the Doomed Ark, Fire Season) and ArtsWest (Sunset Baby, The Last World Octopus Wrestling Champion, John, M. Butterfly, Jane Eyre: The Musical). Jennifer began working behind the scenes as an associate producer for Theatre22 in the summer of 2016. Her work involves season selections, casting materials, fundraising, show scheduling and coordination, promotional material, script breakdowns, show program content, and various lists, calendars, and other administrative odds and ends. Jennifer has performed with Theatre22 as The Narrator in The Celestial Omnibus, Jane in White, and Anna in The Hours of Life. 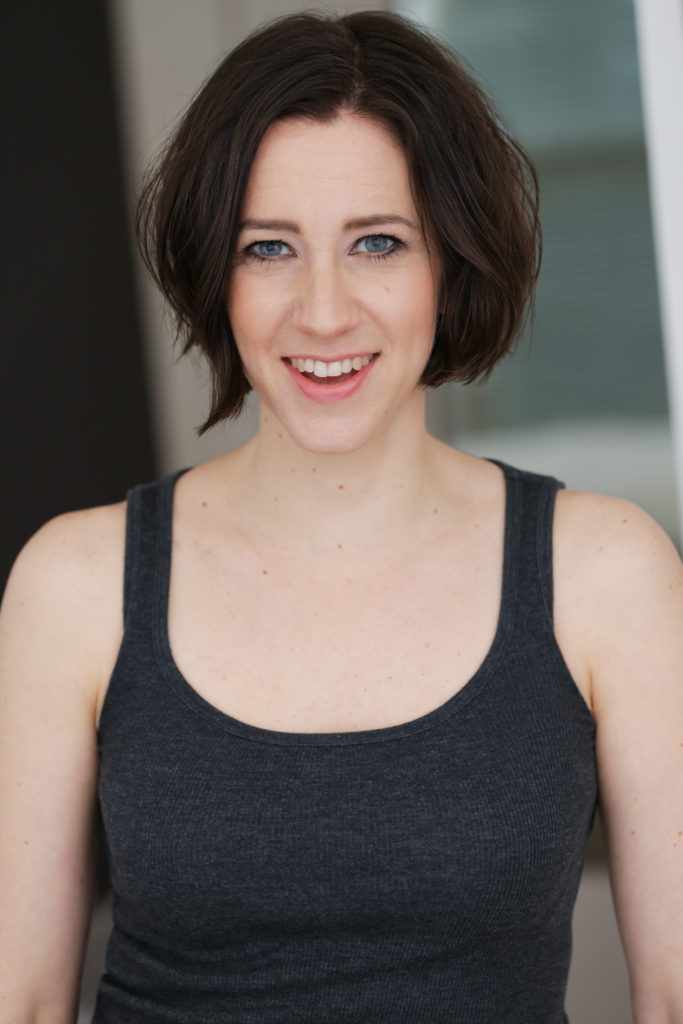 Marianna’s work as a dialect coach can be heard at theaters across Seattle, including Taproot Theatre Co. SPU, Harlequin Productions, ACT Theatre, MAP Theatre, Book-it Rep and more.  She coached The Pride for Theater22 last season. Marianna also coaches and gives lectures on public speaking, as well as accent modification for ESL speakers. She holds her MFA from the University of Washington Professional Actor Training Program, and acts on stage, in front of the camera and behind the mic. T22 is good people doing good, important work-and Marianna is honored to be on board. www.mariannadefazio.com 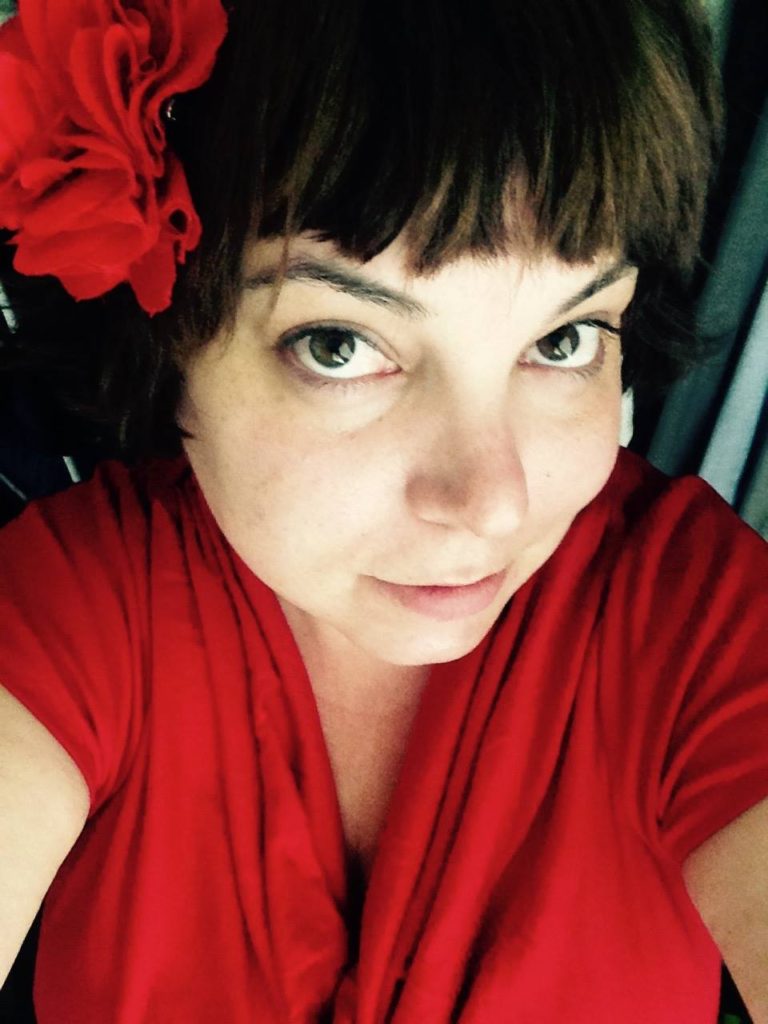 Corey’s love of the arts began with her first movie role as an adorable baby that picked her bellybutton. Since that first taste, she has been working in theatre, film, and television in all manner of roles for over 20 years.  She is thrilled to be working with such amazing artists and community driven individuals.