While maintaining our commitment to hope and healing, Theatre22 presents a dynamic focus on affecting change in this year’s Festival of Revolution.

Sponsored in part by 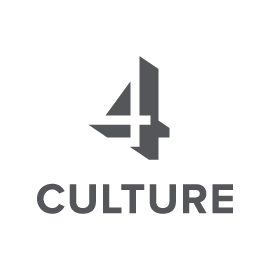 THE REVOLUTIONISTS is a story about four badass women who lose their heads (literally) in this irreverent comedy set during the French Revolution’s Reign of Terror. Playwright Olympe de Gouges, assassin Charlotte Corday, deposed queen Marie Antoinette, and Haitian rebel Marianne Angelle tell their stories together and try to beat back the extremist insanity in 1793 Paris. This grand and dream-tweaked comedy is about violence and legacy, art and activism, feminism and terrorism, compatriots and chosen sisters, and how we actually go about changing the world.

Gus is an artist. A very good artist. He’s just not a famous artist. So when a major art museum puts out a call for “new perspectives,” Gus – a white guy – decides to seize his opportunity. He hires Vanessa, a black actress, to perform as Balkonaé Townsend, a brash and political artist that will fit the museum’s desire for “new voices” to present his work as her own. Everything is great until Balkonaé embraces her power and the two become entwined in a knot of confusion. As Vanessa gets more deeply into her role, the plan spins out of control, while the play explores intersectionality of race, gender, sexuality, and art.

RUN TIME: 90 Minutes with no intermission

The Design and Technical Teams 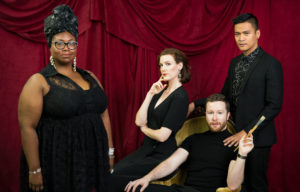 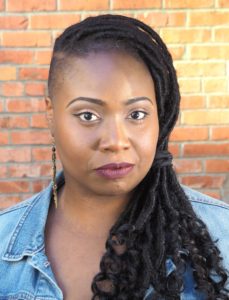 Shermona Mitchell (Vanessa, Diana of Detroit, BalkonaéTownsend) is a local actor, director and teaching artist. Originally from Kentucky, Shermona moved to Seattle to attend Cornish College of the Arts where she earned her BFA in Theater. Shermona is the 2016 Gregory Award recipient for Best Supporting Actress. 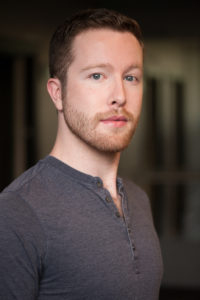 Tyler Rogers (Gus) is a Cornish College of the Arts alum with a BFA in Theatre, who most recently performed in the world premiere production of The Last World Octopus Wrestling Champion at ArtsW est. Next up, he is reprising his roles in Book-It Repertory Theatre’s holiday production of Howl’s Moving Castle. Intagram: @tyler253 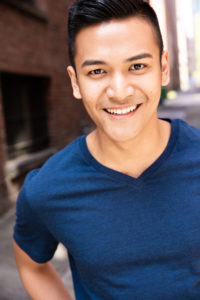 Christian Quinto (Tanner) is excited to be making his Theatre22 debut in this important and timely production! He was last seen in Seattle Repertory Theatre and Public Works Seattle’s production of As You Like It as Orlando.He made his Seattle theatre debut in The Odyssey as Telemachus (Public Works Seattle’s inaugural production). Quinto was born and raised in the Philippines, then moved to Hawai’i when he was 14 years old, but now calls Seattle home. He’s a big fan of curry, boba tea, and Filipino representation and visibility on stage and screen. Select credits: Office Hour (Dennis), The Last World Octopus Wrestling Champion (Todd), Next To Normal (Gabe), Mamma Mia! (Sky), Pageant (Miss Industrial Northeast), Jane Eyre: The Musical (Mason). www.christianquinto.com(Instagram: @cjquinto) 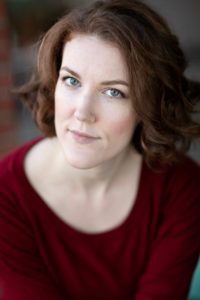 Jennifer Ewing (Jane) is a freelance actor and scenic artist. She has performed with companies including Wooden O (King Lear), SecondStory Repertory (The Taming of The Shrew), Island Shakespeare Festival (Jane Eyre, As You Like It, Julius Caesar), Theatre22 (The Hours of Life), Mount Baker Theatre (The Nerd, The Underpants, The 39 Steps), and GreenStage (The Two Noble Kinsmen). Jennifer has painted sets for ArtsWest (Sunset Baby, The Last World Octopus Wrestling Champion, Jane Eyre: The Musical), Intiman Theatre (Bulrusher), Seattle Public Theatre (Indy Jones and the Raiders of the Last Temple of the Doomed Ark, Fire Season), and Theatre22 (The Happiest Song Plays Last, Annapurna, The Lisbon Traviata). Jennifer is the Associate Producer and Resident Scenic Artist for Theatre22. Graduate: American Academy of Dramatic Arts, NYC www.jenniferewing.org 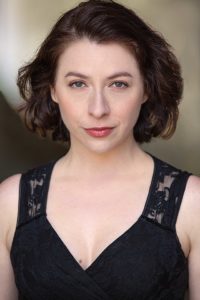 Angela DiMarco (Olympe de Gouges) is honored to bring Olympe de Gouges back to life and reunite with Theatre22, after being in their award winning production of The Pride. Some past productions: Seattle Repertory (Boeing Boeing), Village Theatre (Crimes of the Heart, The Foreigner, The Importance of Being Earnest), ReAct (SALTY, Angels In America), Harlequin Productions (August Osage County), Azeotrope (Jesus Hopped the A Train), Umbrella Project (KnockingBird), and Seattle Shakespeare Company (Taming of The Shrew). Angela is also co-founder of Mighty Tripod Productions and Acting Studio. When not acting on stage or screen, Angela’s focus is on producing strong empowering female roles. As a teacher, she hopes to help other artists navigate their career and find their mightiness.  Angela is honored to be a four time Gregory Award nominee.  “Excuse me for trying to do something revolutionary during this revolution. This is our time to make a better world for everyone…” ~Olympe ~ The Revolutionists 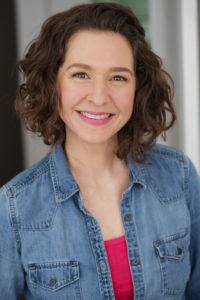 Shanna Allman (Maria Antoinette) appeared earlier this fall in Everything is Illuminated with Book-It Repertory Theatre. Seattle credits include: Tybalt in Romeo and Juliet (Wooden O), Kate Hardcastle in She Stoops to Conquer, Marya in The Government Inspector, Francis Flute in A Midsummer Night’s Dream, and Marianne in The Miser (Seattle Shakespeare Company), Mary Bennet in Miss Bennet: Christmas at Pemberley (Taproot Theatre Company), How I Learned to Drive, Rhinoceros, Our Town, and The Laramie Project (Strawberry Theatre Workshop), and The Violet Hour and The War Party (Seattle Public Theater). Additionally, Shanna is an improviser and Ensemble Member with Unexpected Productions, and co-creator and performer of the improv duos Prepared with Ted and Alice and The Bastards Grimm. This production marks her debut with Theatre22. Up next: The Rivals this January with Seattle Shakespeare Company. 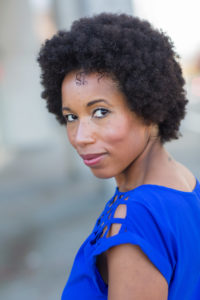 Anjelica McMillan (Marianne Angelle) is so excited to be a part of the cast of The Revolutionists. This is her first show with Theatre22. Regional credits include Behold the Dreamers (Neni Jonga) at Book-it Repertory Theatre, Anansi & the Halfling (Oya/Ensemble) at Annex Theatre, Hamlet (Gertrude/Marcellus) with The Horse in Motion, Row Yr Boat (Julia) at Annex Theatre and Neighborhood 3: Requisition of Doom (Vicki/Barbara) at Theatre Schmeater. Anjelica originated the role of Reed in the staged reading of Amontaine Aurore’s Don’t Call it a Riot at the Neptune Theater. Television: Portlandia (Season 8) and The Wonderland Murders (Season 2). As a voiceover actor, she can be heard on the zombie videogame State of Decay and the audio drama Five Levels of Fear. Up next: When a Tree Falls at 18th & Union. Anjelica lives with her husband, Spencer, and their two sweet kitties. 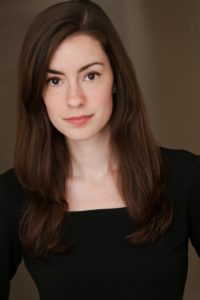 Lauren Gunderson is a playwright, screenwriter and short story author from Atlanta, GA currently living in San Francisco. She was named the most produced playwright in America by American Theatre Magazine in 2017, was awarded the 2016 Lanford Wilson Award from the Dramatist Guild, the 2016 Otis Gurnsey Award for Emerging Writer, and was awarded the prestigious 2014 Steinberg/ATCA New Play Award for her play, I and You (also a Susan Smith Blackburn Blackburn and John Gassner Award finalist).     The Revolutionists was first produced in 2016 and has since had more than a dozen productions  across the country.  Other work includes Silent Sky, Miss Bennett, and The Book of Will, along with many more.

JAMES IJAMES is a Philadelphia based actor, director and playwright. His plays have been produced by Flashpoint Theater Company, Orbiter 3, Theatre Horizon (Philadelphia, PA), The National Black Theatre (NYC), and Ally Theatre (Washington DC). James is a 2011 Independence Foundation Fellow, a 2015 Pew Fellow for Playwriting, the 2015 winner of the Terrance McNally New Play Award for WHITE, the 2015 Kesselring Honorable Mention Prize winner for ….Miz Martha and a 2017 recipient of the Whiting Award.  He is Assistant Professor of Theatre at Villanova University.