Various locations in & around London 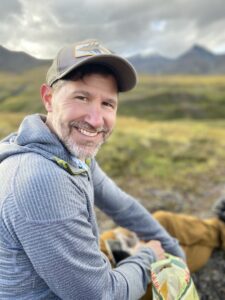 Eric is returning to the stage after a hiatus to complete a master’s degree in expressive arts therapy and counseling. Prior favorite performances include the role of Mitch in Tuesdays with Morrie, Paul in Apostrophe, Mendy in The Lisbon Traviata, and Jack in The Importance of Being Earnest. Regionally, Eric has appeared in plays at the Whidbey Island Center for the Arts, Theatre22, and the 14/48 project. Eric has appeared in productions with the National Theatre of Croatia in Split, Knightsbridge Theatre in Los Angeles, and London Bubble Theatre in London. In addition to theatre and counseling, Eric is a skilled facilitator and youth worker. He is proud to be a long-time supporter and company member with Theatre22. www.erixpressivearts.com

Russell is very excited to be performing in his first show with Theatre22. He was last seen in SecondStory Rep’s production of St. Joan as King Charles VII. Other area credits include Dan in Next to Normal with Twelfth Night Productions,  Cassio in Fern Shakespeare’s Othello, and  various roles in Richard II with GreenStage. Russell has performed on the East Coast at The Lost Colony, The Candlelight Theatre, and with the Nebraska Theater Caravan on seven national tours of A Christmas Carol. Recently Russell voiced multiple characters over two seasons on the podcast The Horned Moon Presents. Russell currently lives in Lake Tapps with an adorable newborn and beloved spouse.

Jennifer wears many theatrical hats: actress, producer, scenic painter, dramaturg, director, and dialect coach. She is classically trained in theatre (American Academy of Dramatic Arts – NYC) specializing in dialects and classical and period works. Jennifer’s work with Theatre22 has spanned the last 8 years, as a performer (The Celestial Omnibus, White, The Hours of Life) and behind the scenes as Associate Producer and Resident Scenic Artist, and most recently as dialect coach for Or,. Jennifer has also performed locally with Seattle Shakespeare Company/Wooden O (King Lear), SecondStory Repertory (The Taming of The Shrew), Island Shakespeare Festival (Jane Eyre, As You Like It, Julius Caesar), Mount Baker Theatre (The Nerd, The Underpants, The 39 Steps), Ghost Light Theatricals (As You Like It), GreenStage (The Two Noble Kinsmen), and Bainbridge Performing Arts (A Chorus Line). 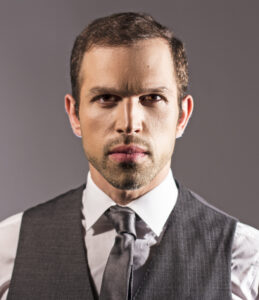 Hisam is excited to join Theatre22 for their final Production with this fantastic cast and crew. He is a regional actor and burlesque performer. He was most recently in A Thousand Splendid Suns at Seattle Repertory Theater, Titanish at Seattle Public Theater, Bohemia at The Triple Door, and Gaslight with Sound Theater Company. He is passionate about vulnerable populations, community development, and the importance of the arts in developing empathy and deepening empowerment.

Marty is excited to make her Theatre22 debut as Lily Forster. She has performed over 25 years in and around the Seattle area including appearances with Book-It Repertory Theatre, Intiman Theatre, Seattle Shakespeare Company, Strawberry Theatre Workshop, Seattle Public Theatre, ArtsWest and Annex Theatre among others. She was last seen onstage as Sofia in Dance Nation with Washington Ensemble Theatre.

The Production and Design Team

Scott is an LGBTQ / neurodivergent / Korean American writer. His plays have been performed in New York City, across the United States, and internationally in Canada, Australia, the UK, Hungary, Singapore, Indonesia, Lebanon, and Dubai.

The Repertory Theatre of St. Louis’s world premiere of Nonsense and Beauty garnered an Edgerton Foundation New Play Award and was an ATCA’s Steinberg Award finalist. Recent LGBTQ+ centered full lengths include The Second World Trilogy, which consists of Marianas Trench (O’Neill Finalist; 2020 Portland Stage Little Festival of the Unexpected, 2020 Road Theatre Company Summer Playwrights Festival), Pangea (Garry Marshall Theatre New Works Festival), and The Known Universe (Mixed Asian Media Festival); the comedies Intellectuals and Perfecting the Kiss; the horror cycle TARTARUS; and Seaside Tragedies (Scawwy Howwow Theatre). His plays Composure (Lambda Literary Finalist), Hairdresser on Fire, From the Top, Hairdresser on Fire, and Moonlight & Love Songs are all published by Next Stage Press. Playing on the Periphery: Monologues and Scenes for and About Queer Kids has been performed in the conservative bastions of Pennsylvania and Florida.

Published short plays include Beautiful Noises (Smith & Kraus), murmurs (Samuel French), Turtles and Bulldogs (Applause), Badger and Frame (Applause), a Hungarian translation of The Other Half, the anthology Demon Bitch Goddess (Amazon), Your Gaze, (The Playground Experiment’s Faces of America), and his eulogy Eighty-Seven Keys which is included in The Covid Monologues from Breath of Fire Latina Theater Ensemble.

Of local interest are his one-act solo piece The Interior and the short musical pantomime Under Cover of Darkness By the Light of the Moon, or “Nobody Was Supposed To Be Here” A Tale of the Pacific Northwest.

KB has been a stage manager in the fringe and cabaret community for over nine years. She has been privileged to work within several local and historical theaters including ACT Theater, The Triple Door, Theater Schmeater, Annex Theater, and The Can Can. Bianca aspires to create more inclusive and equitable spaces for performance artists. She is thrilled to work with Theater22 who shares in her passion for anti-racism and social justice within the arts. Bianca would like to thank her fiancé Dr. Beth Donahue for her love and support.

Megan is thrilled to be working with Theatre22. As a graduate of Cornish College of the Arts Acting program, Megan spends their time in as many roles as they can in and around Seattle’s theatre community. Their credits include Stage Manager and Actor at Annex Theatre, Stage Manager, Assistant Stage Manager and Director at Broadway Bound Children’s Theatre, and Actor at Greenstage. Megan believes that theatre is for all and is extremely grateful for your support of the arts.

Anahita (Ana) is experienced in dubbing, voice-over acting, radio drama, reporting, and marketing (assistant apprentice) at Macha Theatre Works, and is a Patron Services Representative at Seattle Children Theatre. She also worked with Seda Iranian Ensemble Theatre as a camera operator. In 2014, Ana and her husband decided to move to the United States from Iran. She has a bachelor’s degree in Media Production and Journalism. Anahita enjoys a good happy hour with friends, the sounds of a great music playlist, spending time with her Persian cat, playing piano, and seeking adventure in the outdoors.

Alison is a theatre machine capable of directing, stage management, and sound design. Their recent projects include: Intiman’s Two Mile Hollow and All New Cells and Gallery of Perspective and Light, both with The Shattered Glass Project. Selected past projects: Intiman’s The Mystery of Irma Vep and The Events, dani tirrell’s Black Bois, WET’s Is God Is, MAP Theatre’s Year of the Rooster. Alison believes in healing the world, feminist science fiction, radical self-worth, and antifa. professionalmomfriend.com

Jasmine is highly honored to be returning to Theatre22 and collaborating with these fantastic artists on the West Coast Premiere of Nonsense and Beauty. Some of their favorite credits include The Bonesetter’s Daughter (Assistant Director) with Book-It Repertory Theatre, Alice in Wonderland (Co-Director/ Dramaturg/ Actor) with Theatre22, WE’VE BATTLED MONSTERS BEFORE! (Stage Manager) with ArtsWest, Pass Over (Dramaturg) at ACT Theatre, and Raisins in a Glass of Milk 2019 (Actor) produced by Live Girls! at Taproot Theatre. Follow them on Instagram (@jasmineissublime) for more information on upcoming projects and to take a peek at their work with Delta Dental of Washington as the Tooth Fairy!

Marianna is pleased to be back coaching for Theatre22 after appearing as the White Rabbit in Alice in Wonderland last summer. She/her/hers coaches at theaters and schools around the Seattle area, most recently 14/48 Productions Casablanca and Hay Fever with InD Theatre on Bainbridge Island. Marianna also teaches Voice for Theatre as an adjunct professor at SPU, and coaches individuals in voice/speech, accent modification and public speaking : www.mariannadefazio.com .

Ahren is a Lighting and Video designer based out of Seattle. His previous shows include OR, White, The Revolutionists, Happiest Song Plays Last, Burn This, The Pride, and Annapurna with Theatre22, The Angel In The House with Café Nordo, Pipeline, Mala, Dry Land, Fade, Grounded, Vanishing Point, and 2017’s X-Mas shows with Seattle Public Theater, Dear San Francisco with 7 Fingers, My Antonia with Book-It Repertory Theatre, Parliament Square with Pony World, Cyla’s Gift with Samara Lerman, Angels in America, White Noise, and The Good Book with Berkeley Rep, The Trial of Elizabeth Cree with Chicago Opera and Opera Philadelphia, Earnest Shackleton Loves Me at the Tony Kiser,  Every Five Minutes with WET, The Who’s TOMMY, Princess Ida and H.M.S. Pinafore with Seattle G&S Society, and Carefree with NJPAC. Ribbet.

Parmida is an Iranian designer, performer and choreographer based in Seattle. She has been designing various interior, architectural, immersive and entertainment spaces and she has also been a scenic and production designer with many local Seattle theaters including Seattle Shakespeare Theatre, Sound Theatre, Seattle Public Theater and Washington Ensemble Theatre.  She is delighted to return to Theatre22. Parmida is the co-founder and Producing Managing Director of Seda Iranian Theatre Ensemble and is the resident set designer with Macha Theatre Works. When not designing, Parmida performs, teaches, and choreographs contemporary and Persian dances. www.parmidaziaei.com

Benji is excited to be involved on this production of Nonsense and Beauty. This is Benji’s second production with Theatre22 having just designed properties for the spring production of OR,.

Kyle is very excited to be designing for Theatre22 again, where he has designed for multiple productions (Or, The Happiest Song Plays Last, Downstairs, Annapurna, and Water By The Spoonful). Before live theater returned to the stage, he was fortunate to design and edit multiple audio dramas and radio plays with both Book-It Repertory Theatre and Harlequin Productions while theaters were dark. On the stage, since 2010 he has designed for over 50 productions in the Seattle area, including: Returning the Bones (Gregory Award Nominated for Sound Design), American Junkie, Jane Eyre, The Brief Wondrous Life of Oscar Wao, and Treasure Island (Book-It); The Merry Wives of Windsor, Love’s Labor’s Lost (Wooden O/Seattle Shakespeare Company); Our Country’s Good, The Pavilion, Take Me Out (Strawberry Theatre Workshop); Mothers and Sons, 4,000 Miles (ArtsWest). Kyle is extremely thankful for his family and all of their support.

Adrian is stoked to be back working indoors with T22! As a freelance TD and carpenter Adrian’s work has been found on stages across town, including Seattle Shakespeare Company, Book-It Theatre, and Seattle Public Theater. Adrian has had the pleasure of building magical spaces for Theatre22 since 2017, including Burn This, Happiest Song Plays Last, White, The Revolutionists, Alice in Wonderland and most recently, OR,.

Rhys is excited to be involved with this production of Nonsense and Beauty. He recently collaborated with Theatre22 as scenic charge for the production of OR,.

Alber serves Theatre22 in many ways. He is honored to be the general manager of T22 and often wears the hat of casting director, fundraiser, box office and house manager.  Alber began his love affair with theatre in his native country of Brazil. A self-proclaimed “behind the scenes” theatre artist, Alber has worked in stage management and theatre education. Locally, he has worked with Sound Theatre Company (Top Girls) , 14/48 Projects TWQTF, Theatre22 (all productions since inception) and guest starred at Theater Schmeater (Four Dogs and a Bone) . Enjoy the show.

Corey is the producing artistic director of Theatre22.  Corey’s full bio can be found on our “about us” page HERE.

A Very Special Thanks for their support…

Theatre22 Board of Directors

THANK YOU to our SPONSORS! 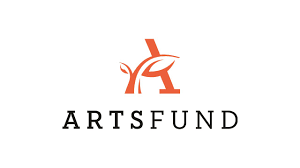 …and an extra, very special THANK YOU to our DONORS!

We work diligently to maintain accurate donor listings.  Should you find and error or omission, please contact Corey McDaniel at corey@theatre22.org. 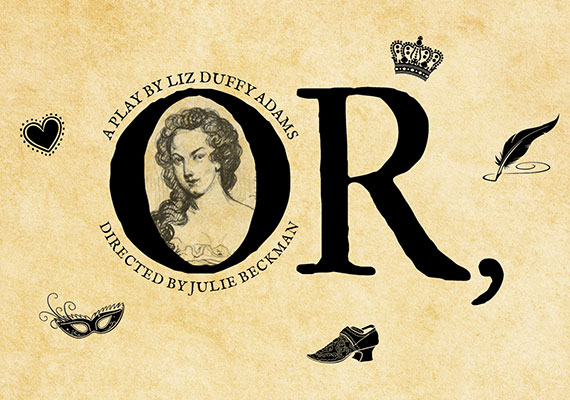 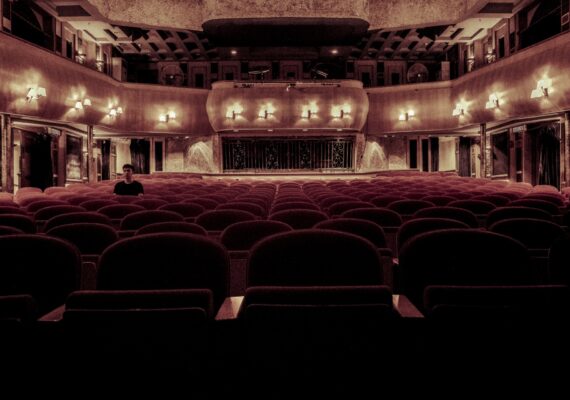