PREMIERE!
Downstairs was chosen for production from T22 and ACT’s new play festival
THE CONSTRUCTION ZONE in 2016.

What happens when a brilliant lost soul comes to stay in his sister’s basement and refuses to leave? And if the menacing brother-in-law doesn’t approve?  In a dog-eat-dog world, these siblings find a haven of sorts in an unfinished basement as they attempt to make sense of the past and negotiate how to move forward into the future.  Unusual relationships, power plays, and surprising humor abound in Theresa Rebeck’s compelling new play which explores the nature of family, of memory, and of sanity.

Learn more about Downstairs on the Seattle Channel’s ARTZONE with Nancy Guppy and Director Julie Beckman: 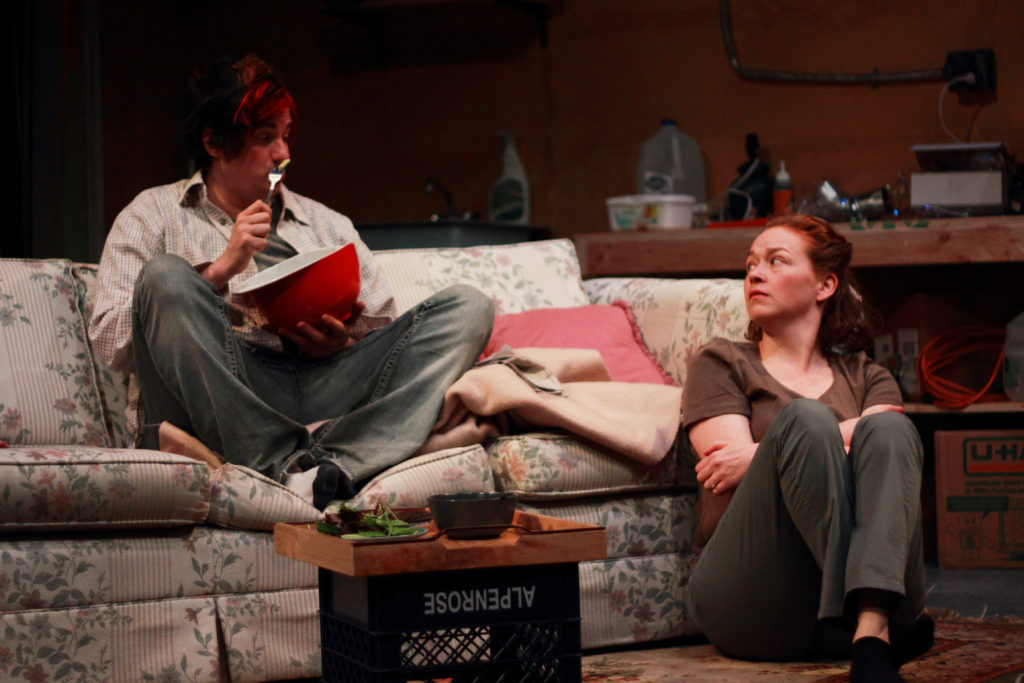 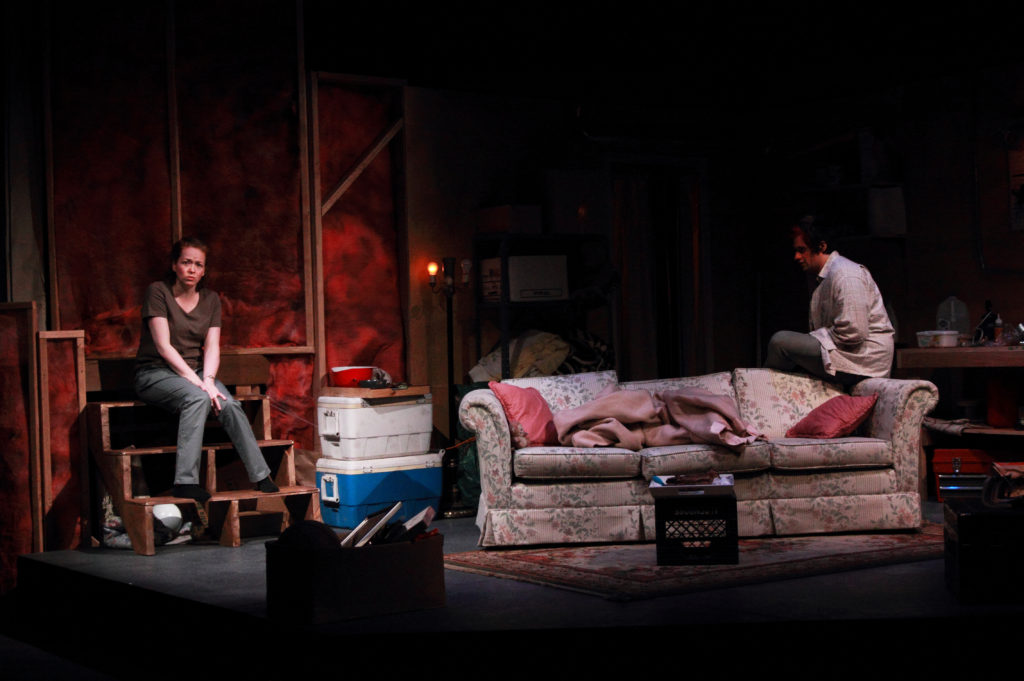 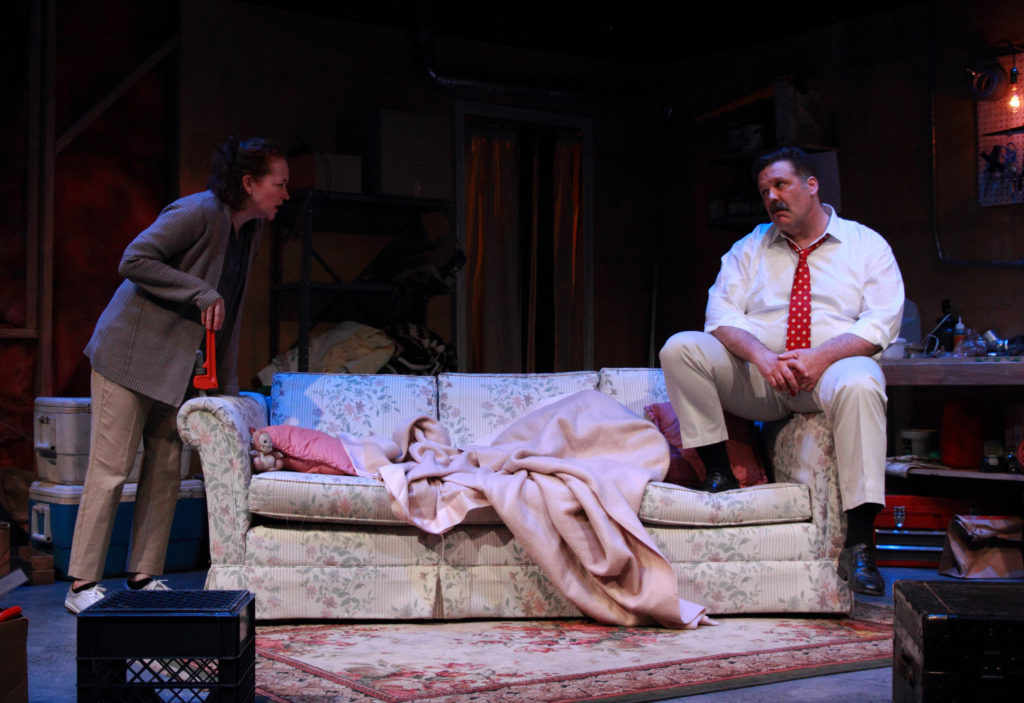 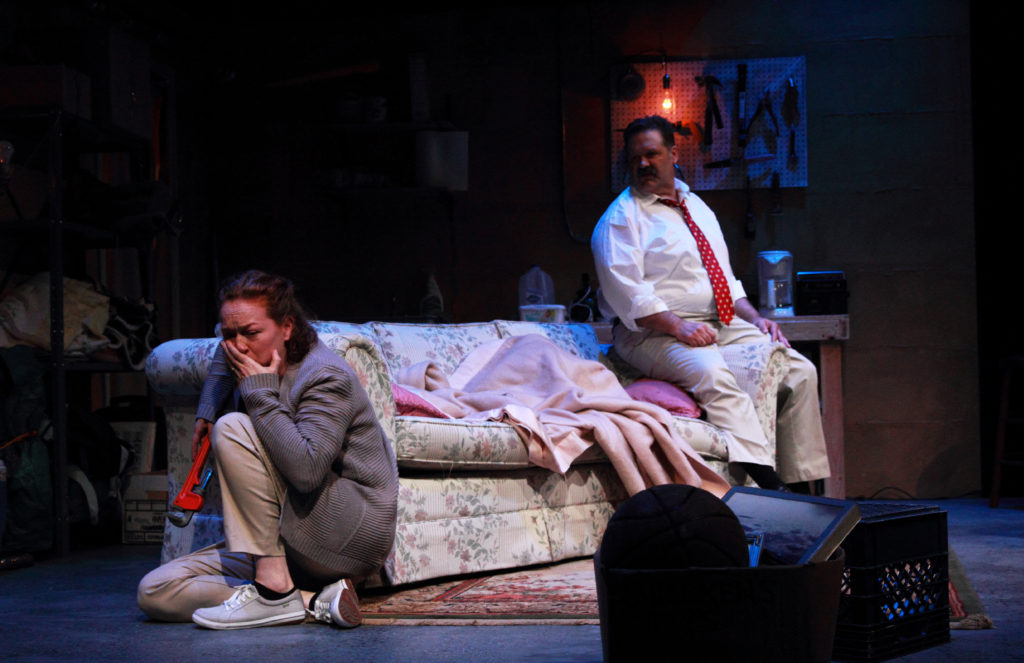 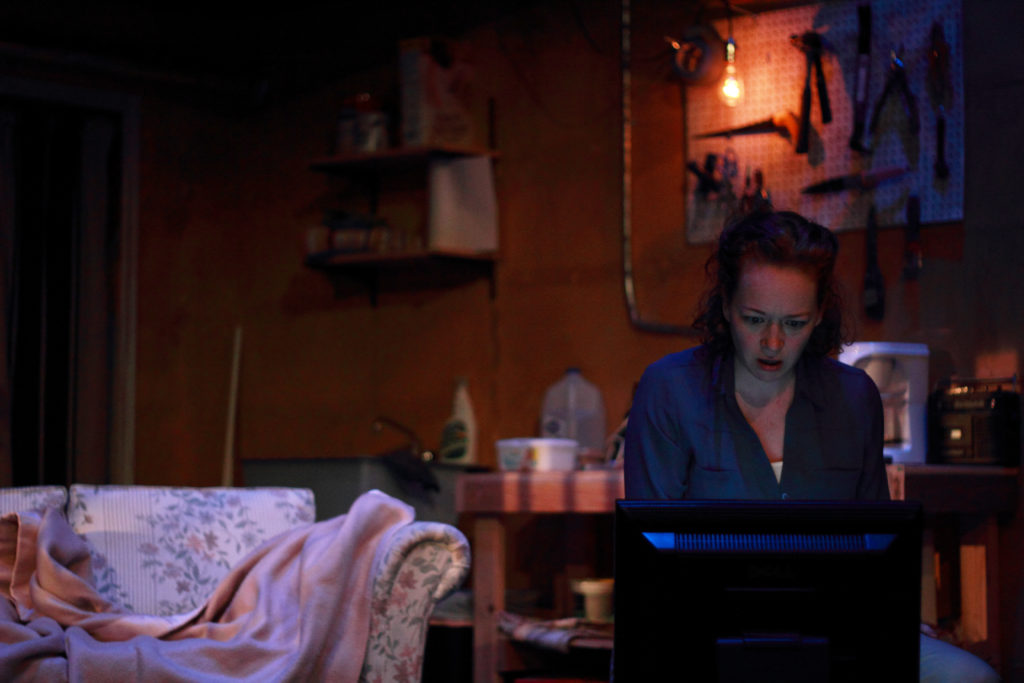 THE CAST AND CREW… 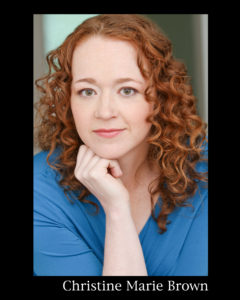 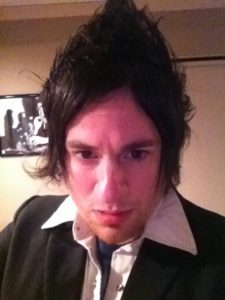 Brandon Ryan (Teddy) was honored with both a Seattle Times Footlight Award and a TPS Gregory Award nomination for Outstanding Actor for his performance in Maria/Stuart at Theater Schmeater in 2009. Previous roles include Ed in Soft Click of a Switch, {Footlight Award for Best Fringe Production} Mervyn in A Behanding in Spokane, Gunnar in Vincent Delaney’s Three Screams, Bionedello in Seattle Shake’s Tamining of the Shrew, Mozart in SecondStory Rep’s production of Amadeus, and Harvey in The Art of Bad Men, directed by Kelly Kitchens. He is also the founder/artistic director of MAP Theatre, which he runs with his gal Friday, Peggy Gannon. 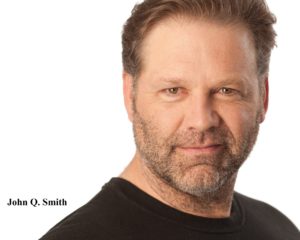 John Q. Smith (Gerry) is a Northwest native and received his BFA in Acting from Cornish College of the Arts. From running his own theater company to performing on stages all over the Northwest, John has been active in the Seattle theater scene for over Twenty years. John is a two-time Gregory Award recipient. Most recently awarded for his portrayal of Ulysses in Theatre22’s production of Annapurna. John’s first Gregory was for his portrayal of Uncle Charlie in Balagan’s production of August Osage County for which he was also awarded a Gypsy Rose Lee award by local critics. Other notable roles include: Charliein The Bells at Strawshop, Eddie in Torso at Printers Devil, Brian in These Streets at ACT/Central Heating Lab. Currently John is enjoying his role as “Charles” the stoner turned filmmaker in the web series Grow-op 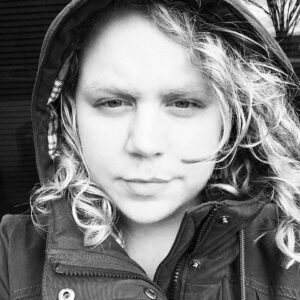 Margaret Toomey (Costume Designer) works nationally as a scenic and costume designer. Her most recent Seattle-area designs include scenery for The Pride (Theatre22) and costumes for The Last Days of Judas Iscariot (Sound Theatre). Other Seattle-area credits include [title of show] and Hair at Bainbridge Performing Arts and South Pacific at SMT. Prior to returning to Seattle, Margaret was honored with three (of five) nominations for excellence in costume design at the inaugural Theatre Bay Area Awards in 2014 for her designs of The Color Purple (Hillbarn Theatre), Dreamgirls (Broadway By the Bay), and In the Heights (Broadway By the Bay). Margaret’s work has also been seen at Triad Stage (North Carolina), WaterTower Theatre (Texas), and Portland Stage (Maine). Margaret is the chair of Sound Theatre’s Social Justice League and a co-founder of With Interesting People. Margaret received her MFA in Scenography from UNC Greensboro and BA in Theatre from Grinnell College in Iowa. 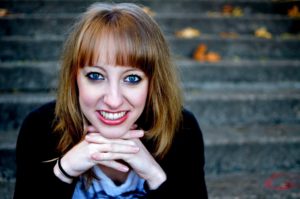 Gabrielle Strong (Lighting Designer) is a freelance lighting designer in the Seattle area and a resident stage manager at Strawberry Theatre Workshop. Her recent designs include Devil Boys From Beyond and Sidewinders (Fantastic.Z Theatre), Fatal Footlights (Theatre Schmeater), and The Memorandum (Strawberry Theatre Workshop). This will be Gabrielle’s first design with Theatre22. Gabrielle received her BFA from Cornish College of the Arts in Performance Production, specializing in Lighting Design, Stage Management, and Original Works. More information can be found at strongtheatre.com or by following her on Instagram @strongtheatre.