An Adventurous Partnership between Theatre22 and ACT!

A series of new plays presented as a Festival (one reading per week for one month), The Construction Zone provides playwrights with opportunities to develop and share new work, while providing audiences with an intimate and meaningful exposure to the process.

Curated by Theatre22 and Artistic Associate Julie Beckman with support from ACT’s Artistic Director John Langs, four plays will be chosen for the series and each will be of the moment and feature gifted playwrights from around the country.

Performed by local professional artists, each reading will be followed by post-show discussions. Of the four staged readings, one of these new and exciting scripts from 2016 will come to life on the stage in ACTLab and Theatre22’s 2017 seasons.

All events will take place at 7:00pm in ACT’s Bullitt Cabaret.

Get your tickets through ACT! Theater

LATE IN THE GAME

by Y YORK
September 14, 7:00pm
A New York comedy of middle-aged romance and marriage and crime.

Melissa is reckless because she’s going to die anyway. Flo is worried that husband Tim is going to find out about her numerous transgressions, but Tim just wants to lose ten pounds and get a good night’s sleep. Harvey thinks that all women are interchangeable until he meets the one who isn’t. Dying is no excuse for not living in this New York comedy of middle-aged romance and marriage and crime.

by VINCENT DELANEY
September 21, 7:00pm
How far will we go to stay human?

On his 16th birthday, Tate receives a gift he never asked for: Ansel, who was grown to provide him with replacement parts. But as they grow up together, Tate discovers that some gifts aren’t so easy to accept. Set in a dystopia only a heartbeat from today, The Ansel Intimacy asks how far we’ll go to stay human.

by NATALIE SYMONS
September 28, 7:00pm
A stirring tale of survival, redemption, and the deep human desire to share our stories.

Two lives unexpectedly collide when Amy, a transgender teenage girl shows up unannounced in a Florida motel room to visit Nell, a dying woman who’s lived much of her life on the streets of Detroit and wishes to self-publish her childhood memoir. Over the next 24 hours Amy and Nell are forced to confront the difficult truths that have brought them together while Amy races to upload Nell’s manuscript before time runs out. Naming True explores questions of faith, identity, and how we attempt to reconcile guilt and loss. This tragicomedy, involving a stolen laptop, an old manuscript and a peculiar cat, asks what significance hope plays in our spiritual lives. Inspired by T.S. Eliot’s The Waste Land, Naming True is A stirring, often heartbreaking tale of survival, redemption, and the deep human desire to share our stories.

by THERESA REBECK
October 5, 7:00pm
Two quirky siblings explore the nature of family, of memory, and of sanity.

What happens when a brilliant, quirky, lost soul comes to stay in his sister’s basement and refuses to leave? And if the menacing brother-in-law doesn’t approve?  In a dog-eat-dog world, these eccentric siblings find a haven of sorts in an unfinished basement as they attempt to make sense of the past and negotiate how to move forward into the future.  Unusual relationships, power plays, and surprising humor abound in Theresa Rebeck’s compelling new play which explores the nature of family, of memory, and of sanity. 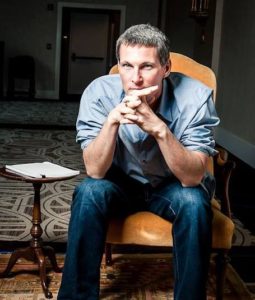 Ampersand won the Reva Shiner Award from the Bloomington Playwrights Project.  The Sequence, commissioned by the Guthrie, has been produced around the country and in the UK, Canada and Japan.  99 Layoffs premiered at Radial Theatre Project and ACT Theatre, and was produced at Orange Tea Theatre in Amsterdam.  The script  was a nominee for the Steinberg Award.  Foreclosure was developed at Seattle Rep, Shakespeare and Company, and Florida Studio Theatre.  Vincent is published by Applause Books, Smith and Kraus, Samuel French, Heineman, Dramatics Magazine, Theatre Forum, and Playscripts.com.

Upcoming:  Las Cruces opens this fall at Premiere Stages, and  Fire Station 7 will have its world premiere at Seattle Children’s Theatre next spring. 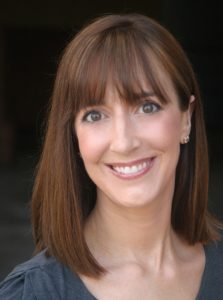 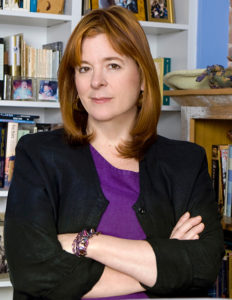 Theresa Rebeck is a widely produced playwright throughout the United States and abroad. New York productions of her work include Dead Accounts at the Music Box Theatre; Seminar at the Golden Theatre; Mauritius at the Biltmore Theatre in a Manhattan Theater Club Production; The Scene, The Water’s Edge, Loose Knit, The Family of Mann and Spike Heels at Second Stage; Bad Dates, The Butterfly Collection and Our House at Playwrights Horizons; The Understudy at the Laura Pels Theater in a Roundabout Theatre Company production; and View of the Dome at New York Theatre Workshop. Omnium Gatherum (co-written, finalist for the Pulitzer Prize in 2003) was featured at the Humana Festival, and had a commercial run at the Variety Arts Theatre. Her newest work, Poor Behavior premiered at the Mark Taper Forum in Los Angeles in 2011. Dead Accounts, commissioned by the Cincinnati Playhouse, premiered January 2012. Seminar continues to run on Broadway.

All of Ms. Rebeck’s past produced plays are published by Smith and Kraus as Theresa Rebeck: Complete Plays, Volumes I, II III, and IVand in acting editions available from Samuel French or Playscripts. Ms. Rebeck’s other publications are Free Fire Zone, a book of comedic essays about writing and show business. She has written for American Theatre Magazine and has had excerpts of her plays published in the Harvard Review. Ms. Rebeck’s first novel, Three Girls and Their Brother, was published by Random House/Shaye Areheart Books in April 2008. Her second novel, Twelve Rooms With A View, was published by Random House/Shaye Areheart Books in May of 2010. Both novels are available online and at booksellers everywhere.

In television, Ms. Rebeck has written for Dream On, Brooklyn Bridge, L.A. Law, American Dreamer, Maximum Bob, First Wave, and Third Watch. She was the creator of the NBC drama Smash.  She has been a writer/producer for Canterbury’s Law, Smith, Law and Order: Criminal Intent and NYPD Blue. Her produced feature films include Harriet the Spy, Gossip, and the independent features Sunday on the Rocks and Seducing Charlie Barker, an adaptation of her play, The Scene. Awards include the Mystery Writer’s of America’s Edgar Award, the Writer’s Guild of America award for Episodic Drama, the Hispanic Images Imagen Award, and the Peabody, all for her work on NYPD Blue. She has won the National Theatre Conference Award (for The Family of Mann), and was awarded the William Inge New Voices Playwriting Award in 2003 for The Bells. Mauritius was originally produced at Boston’s Huntington Theatre, where it received the 2007 IRNE Award for Best New Play as well as the Eliot Norton Award.  Other awards include the PEN/Laura Pels Foundation Award, the Athena Film Festival Award, an Alex Award, a Lilly Award and in 2011 she was named one of the 150 Fearless Women in the World by Newsweek.

Ms. Rebeck is originally from Cincinnati and holds an MFA in Playwriting and a PhD. in Victorian Melodrama, both from Brandeis University. She is a proud board member of the Dramatists Guild, a Contributing Editor to the Harvard Review, an Associate Artist of the Roundabout Theatre Company, a Playwright Adviser and Board Member of the LARK and and has taught at Brandeis University and Columbia University. She lives in Brooklyn with her husband and two children. 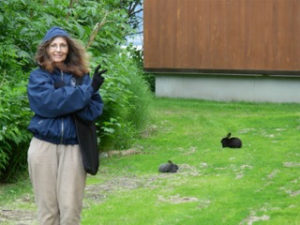 Y York – LATE IN THE GAME

Y is the recipient of the National New Play Network’s Smith Prize for …and LA is Burning; Houston’s Buzzy Award Best New Play for Woof; the Berrilla Kerr Award for the Secret wife; the Hawai`i Award for Literature for Nothing is the Same; five separate  AATE Distinguished Play Awards; and the Charlotte Chorpenning Award for her body of work for children and their families. Y is currently at work on two new musicals with northwest composer Amanda Jacobs. Plays have been supported by the NEA, the Rockefeller Foundation, ATT OnStage, USA Artists, and many local arts organizations; productions in Seattle at Annex, SCT and the Seattle Group Theatre, readings almost everywhere else.  Y is an alumna of New Dramatists and a member of The Dramatists’ Guild.  She still lives with Mark Lutwak to whom many things are still dedicated. Mark and Y recently returned home after some global wanderings.  They are grateful for the swell welcome and don’t intend to leave again. 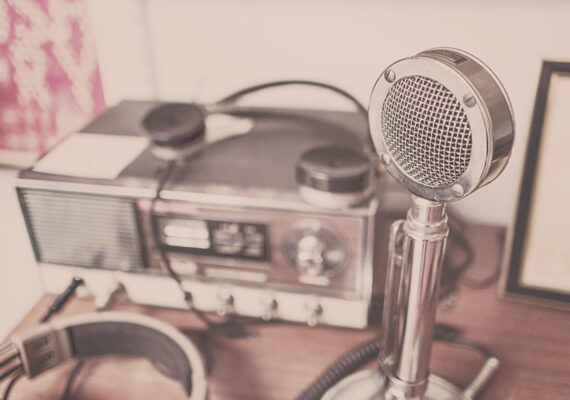 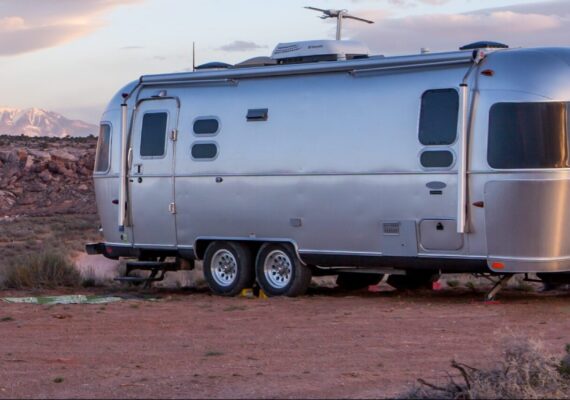